Danny Trejo: The actor who went from prisoner to film star

Con Air, Zombie Hunter and 3-Headed Shark Attack (yes... that's a real film) are just three of the movies in which he's ended up dead.

If you're a Breaking Bad fan, he's the guy whose head famously ends up on top of a tortoise.

According to one survey, the 76-year-old has died on screen more than any other actor.

"It shows I've been working," he jokes.

And if you didn't know his name before reading this, you'd definitely know his face from the hundreds of movies, TV shows and games he's appeared in. 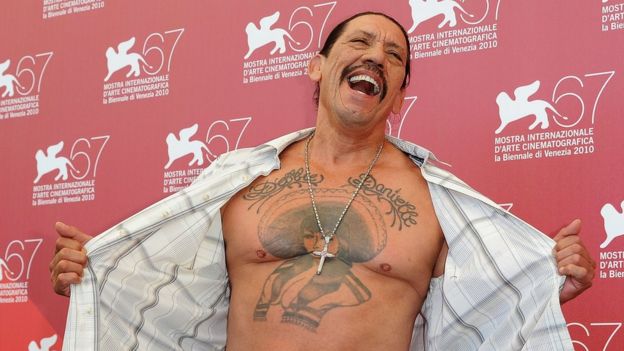 In his movies, his long hair is usually pulled back in a ponytail, he's got his tattooed bare chest out and he's more than likely carrying a weapon.

He jokes that when he started acting he was always cast in jail as "inmate number one", due to his physical appearance and attitude.

But before his movie career began, he had really been a high-profile prisoner.

It's the back story many of his fans will now get to find about in his new documentary Inmate #1: The Rise of Danny Trejo.

"It's a miracle because I wasn't supposed to get out of the 1960s," he tells Radio 1 Newsbeat.

Growing up in California, Trejo was using hard drugs as a teenager and went on to spend years in and out of prison in the 1960s on various charges including armed robbery.

Inside, he was a well-known inmate and became a champion boxer at the notorious San Quentin State Prison, the oldest jail in California.

The prison is infamous and Louis Theroux once spent two weeks there for a documentary.

In Inmate #1, Danny recalls seeing a fellow inmate getting stabbed in the back.

"He was walking around the upper yard, reaching for the knife and coughing up blood, and everyone started laughing. What a messed up place." 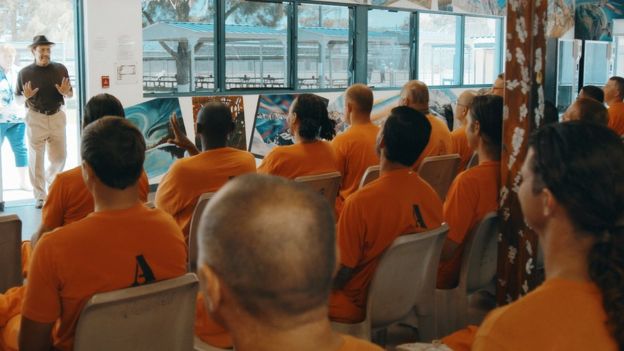 Danny also spent time in two other jails - Soledad and Folsom - and admits that taking "trips through his youth" for the documentary were "painful".

"I can remember being way back in juvenile hall (American youth detention centres) and thinking my life was over. You get institutionalised right there.

He decided to turn his life around by getting out of trouble and going without drugs.

He became a drugs counsellor and decided to use his experience to help others. It was his work on a movie set that got him into acting in the 1980s.

Ever since, he's "tried to do good" because he measures success by "waking up and feeling good" rather than counting awards and accolades.

He knows his fame has influence on others and hopes his story will inspire younger fans: "It doesn't matter where you start, it's where you end up." 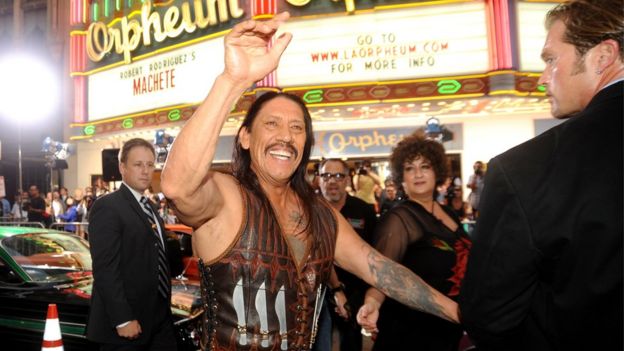 In the documentary, we watch Danny go into prisons to tell inmates about his own experience. He says he smells "the fear and the anxiety" every time he goes back.

"I come out and I have dreams that I'm still in prison. That wakes you up quick and it's a reminder for me to not step out of line."

The actor has only got busier the older he's got and a couple of years ago he was on the set of Adam Sandler movie The Ridiculous 6 when someone asked when he was going to retire.

"I was playing a cowboy at the time. I don't see myself retiring anytime soon.