The coronavirus crisis nationwide is not only deepening, it is growing more deadly. The country's three biggest states — California, Florida and Texas — are reporting their largest single-day death tolls since the pandemic began.

Hospitals there are struggling to keep up with an exploding number of patients. And in Arizona, where about 1 in every 4 tests now comes up positive, lines to get screened stretch for blocks and supplies are running out.

The country's top infectious disease expert, Dr. Anthony Fauci, said he believes the country's hardest-hit states should consider pausing plans to reopen. New York City Mayor Bill de Blasio on Thursday appeared to do just that, saying he is banning all large gatherings through the end of September.

More than 3 million cases of coronavirus have now been confirmed in the U.S. And nearly 133,000 people have been killed by the virus nationwide.

Walt Disney World reopened Thursday to guests who have season passes as the county where Disney is located has seen a 130% increase in coronavirus infections in the last 14 days. And Thursday, Florida reported a record-high number of deaths.

And on Saturday, Disney is opening up the park to the general public

Loyal annual pass holders got first dibs inside Disney World, but the magic won't quite be the same. As visitors and employees enter, temperatures will be checked. Guests must mask up and social distance while they enjoy the attractions.

Dr. Terry Adirim of Florida Atlantic University was a little surprised and concerned to see the theme park reopen.

There are now 41 states that are reporting increases in average new cases compared to two weeks ago.

In Phoenix, testing sites are overrun, with long lines begin before sunrise. The number of people getting tested is overwhelming the labs that process the tests, leading to delays in getting results. One man in Tucson apparently waited 27 days.

He has also called for the hardest hit states to take action now.

"I would think we need to get the states pausing in their opening process," he said. "Looking at what did not work well. And try to mitigate that."

The nation's effort to flatten the curve is an uphill battle. There is an upward climb of COVID-19 cases nationwide, a stark contrast to New York's downward trend. And the gap continues to widen. 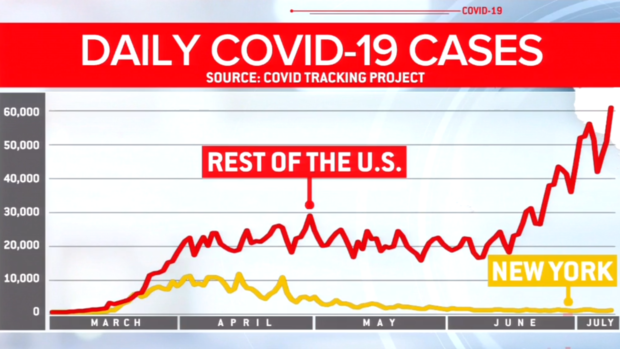 Still, officials in New York are not taking any chances. On Thursday, officials are banning large events through September.

The balance between reopening and health and public safety is delicate.

Shaquana Miller, a Fort Lauderdale hospital worker who took patient information as they arrived, died last week. She was only 35 years old. Now, her 3-year-old daughter has tested positive.

The misery caused by the virus is only being amplified by its economic impact. Another 1.3 million Americans filed for unemployment in the past week.

Meanwhile, Robert Redfield, the head of the Centers for Disease Control, backed off the idea that his agency would change its guidelines for reopening schools after Vice President Mike Pence suggested it would. 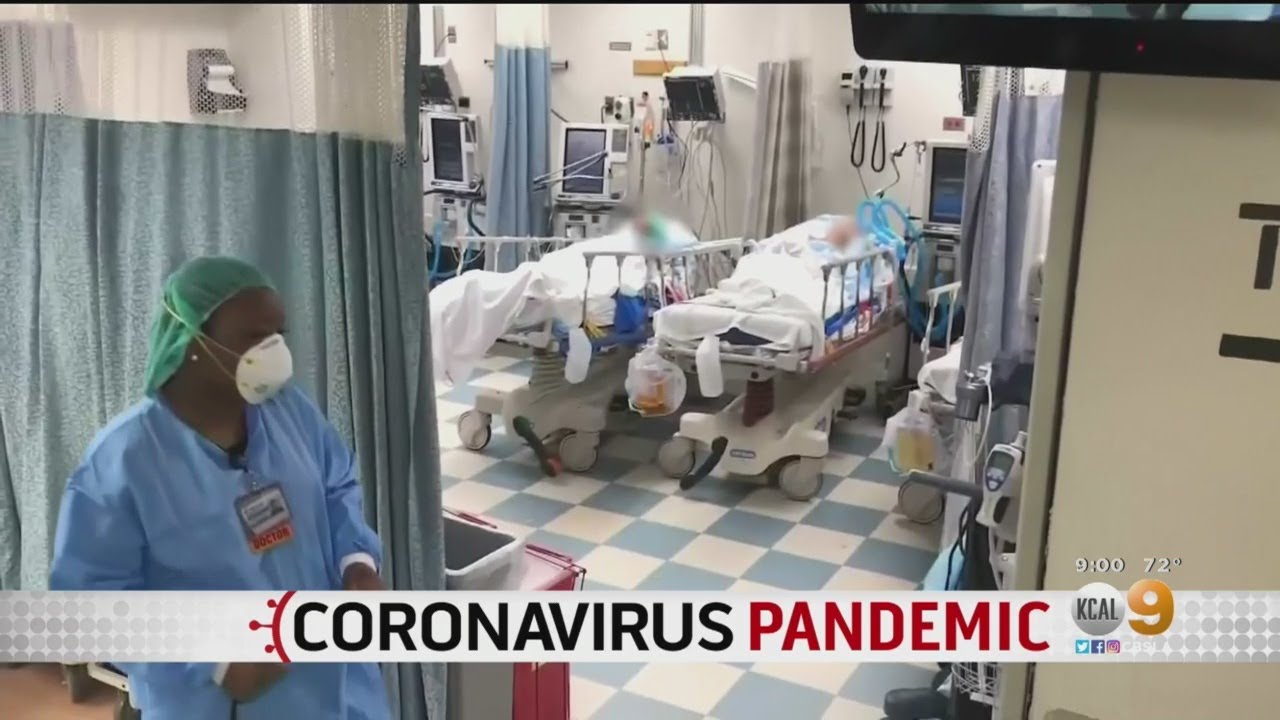